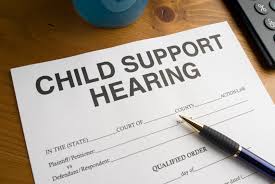 Use these forms to initiate an action and file a Complaint for Maryland Child Support.

Ready to start? Click this to link below to access our online questionnaire. You can save your answers and return later. When you’re ready to move forward, simply pay by credit card and submit the questionnaire to our firm.

Guarantee: We offer a 100% refund if you are not satisfied.

NOTE: Fee excludes filing fees which you will pay the court directly.

Introduction to Child Support in Maryland

An unfortunate fact of economic life is that a family divided cannot live as cheaply as if the family stayed together. After a divorce or separation of a family, the living standard of the entire family is often lowered.

Both parents have a legal duty to support their child based to their ability to provide that support.

Since 1990, Maryland has had child support guidelines that provide a formula for calculating child support. These guidelines are applied unless someone can show that the guidelines would be unjust and inappropriate in a particular case. The Child Support Calculator can be used to calculate your child support obligation.

When Courts Get Involved

During a marriage or committed relationship, support is rarely a concern for the court. But when parents divorce or stop living together with their children as a family, the courts often become involved. The court is often required to decide how much support the non-custodial parent must pay. Like custody, the amount of support can be decided by agreement or by fighting it out in front of a judge.[fn.1]. You can avoid making child support a contested issue, and the legal expense of litigating this issue before a Master or a Judge. Both parents can agree to the appropriate amount of child support and make this agreement part of a marital separation agreement. Child support payments, like alimony, may be incorporated into the divorce judgment or included in a marital separation agreement.

The Elements of the Child Support Order

There are several parts to most child support orders. First, the paying parent will almost always be ordered to make a monthly money payment to the custodial parent. [fn.2] The order will typically read, in part, as follows:

“Father (name) is ordered to pay directly to mother (name) for child support of Tom and Mary, the sum of $300 per month per child for a total of $600, payable one-half on the first and one half on the fifteenth day of each month, said payments to continue until each such child shall die, reach majority, become emancipated or until further order of court.”

Important points to notice about this portion of the child support order:

It Requires a Direct Money Payment to the Custodial Parent – Many paying parents resent the child support order because it is made directly to the custodial parent and not the children. Because of this, some refuse to make the payments. Some see it as a form of alimony. However, this is not true. [fn.3] The direct payments are to be used to pay for the vital needs of the children, such as rent, food, and clothes.

The Court Keeps the Authority (Retains Jurisdiction) to Change the Order – A child support order is not set in concrete. It can be changed if conditions change substantially in the future. Either parent may later ask the court to raise or lower support (see below).[fn.4]

Payments Automatically End When the Child Reaches Majority, Dies or Becomes Emancipated – The purpose of this language is to automatically end the support obligation when the child reaches majority (age 18 in Maryland) or dies. However, the issue of emancipation is often in dispute and may require the court to decide. Note: If you are making payments through the Child Support Enforcement Office, you need to file a modification to ensure that no acreages (past due support) pile up.[fn.5]

Attorney Richard S. Granat is responsible for the content of this website. You must be a resident of, or authorized to do business in, the State of Maryland in order to use the legal services offered by this web site and law firm.

Accessing this page, and any interior pages, is a request for information. The information contained on this web site is for educational and advertising purposes only. For specific legal advice that applies to your individual situation, you must be a client of our law firm. Nothing on any of the pages of this website, or on any pages linked to these pages, shall be construed as legal advice, nor shall anything on these pages by itself operate to create an attorney/client relationship. An attorney/client relationship cannot be created before the firm has accepted the representation and confirmed the representation in writing.  This Web Site may be considered to constitute advertising under Rule 7.2 of the Maryland Code of Professional Conduct and other state rules. No representation is intended to be made that Richard Granat “specializes” in a particular area of law (although he does focus and concentrate on Maryland family law). Similarly, nothing on this website is intended to state or imply that the quality of the legal services to be performed by Granat Legal Services, L.L.C. is better than the quality of legal services performed by other lawyers.